The following 17 competitors have been selected to take part in Round 2:

(*: Jessica and Shreya both took part in Round 2 in 2011, and Jesssica was a member of the UK team at the International Linguistics Olympiad.)

Award certificates are based directly on Round 1 marks as follows:

The national profile of Round 1  results

Click here for an analysis by Martin Edwardes, based on the figures as they stood in mid-March. Since then he has received a few more Foundation and Intermediate results which may eventually be incorporated into a revised version of this paper; but further results are unlikely to change the overall picture.

Round 2, hosted by the University of York (to whom we are very grateful), brought together fourteen winners of Round 1 (listed above) who underwent intensive training and a very tough test, which they all coped with really well. Here’s a picture of them all, courtesy of our local organiser, Sam Hellmuth: 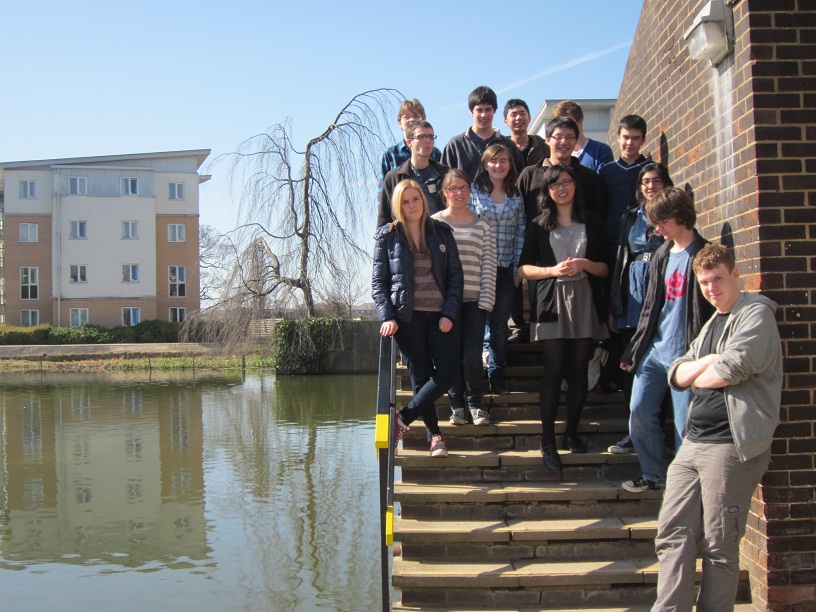 However, only four of them can represent the UK at the International Linguistics Olympiad (in Ljubljana, Slovenia, in July):

Congratulations to all of them, and we wish them luck at the IOL!

Announced on 3 August 2012.  CONGRATULATIONS TO ALL!

The team will want to share any credit with the  linguistics students at Edinburgh University who provided intensive tutorial training during June and July. The tutors are listed here:

Some pictures (from Maria Rubinstein) of Ljubljana and the competitors and jury.

Some more pictures (from Ksenia Gilyarova) of Ljubljana and the competitors and jury (some with names attached!).

Some more pictures (from the official website for IOL2012) of our team (and others) working hard and having fun.