(* means that the competitor took part in a previous Round 2)

In the first photo, note the copies of Babel, a wonderful magazine about language published by our hosts at the University of Huddersfield! 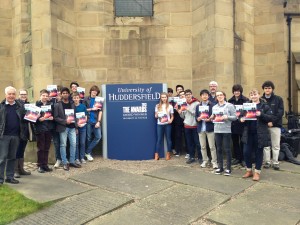